This has been long overdue, but I've finally decided to dedicate a certain amount of time each week to write consistent blog content for those who land on my wonderful site.

This is the first of many posts at LimelightMarketingCo.com and the whole goal is to:

1) Give you a little more personalized information about myself, my story, and how it applies to marketing for attorneys.

2) Provide digital marketing updates that deal with lead generation, social media exposure, paid advertising, and an array of options that will help you grow your personal injury firm's presence online.

4) Set an example of what it takes to create an online presence that not only draws attention to your personal injury law firm, but to give people locally a true reason to choose your firm over any other.

5) Create a community of personal injury attorneys nationwide who are willing to share information on what is working to generate local leads, and to have fun doing it!

So before we start this blogging and video journey into marketing and lead generation for personal injury law firms, I want to share a little bit of my story and how I got into this crazy mess we call online marketing.

Now... remember what I just said above.  I want to share my STORY.  This is a huge part about what I teach and it is exactly what will separate you from all of your competition.  More to come on that.

I was born and raised in Denver, Colorado and have lived here pretty much my whole life.  Sure I've in other states around the US for a max of perhaps 6 months, but somehow I always ended up back in here in Colorado.

In the pictures below you'll see a picture of my amazing wife Natalie.  This picture was taken just shy of 6 years ago on our honeymoon in Negril, Jamaica.  I'm not really an ocean or beach person, but let's just say that this was by far one of the best and happiest trips I've ever had in my life.  It was definitely the next huge step in my life and I couldn't be luckier to be married to such an intelligent, fun, and love-filled woman.

The second picture is from 2 years ago when my mother Wendy turned 70 years old and she was absolutely determined to climb one of Colorado's many 14,000+ foot mountains.  In fact she cleverly picked THE TALLEST mountain in Colorado (Mt. Elbert) for this adventure... and all I have to say is she kicked that mountains ass!  She's been an avid hiker and snow skier her whole life and there was no way age was going to deter her from hitting this goal.  What a day.  And what a week afterwards of being sore for both of us!

The last picture is of Natalie and I's pride and joy in our life... our redbone coonhound girl called Liberty.  She's currently 8 years old and we love her to death!  After a lifetime of growing up with English Springer Spaniels, it was quite the change to take on the energy and howling of a hound.  She's our little stinker and we love spending every second with her (when she's not barking at the neighbors...). 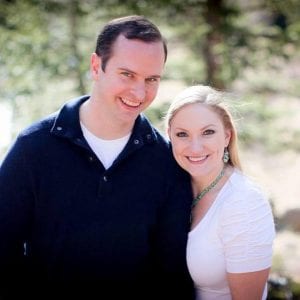 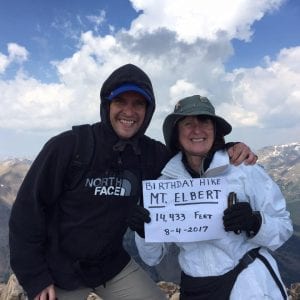 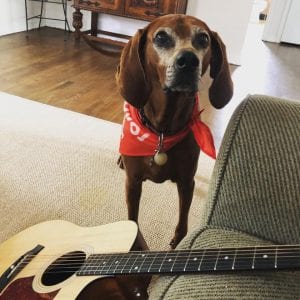 So Why Personal Injury Lead Generation For Attorneys?

First off, let's be clear about one thing.  All of my friends and family think I'm crazy for getting into online marketing in the first place.  It's a vicious, competitive arena... but to have lawyers as my intended target market?

They think I've gone mad.  But here's my story of how I ended up in this niche and why I get so much self fulfillment from it.

When I was in 7th grade let's just say I was a pretty nerdy kid.  Don't get me wrong, I kicked ass at sports and had a good amount of friends, but I was always interested in computers - especially when the Internet started getting exponentially bigger and faster.

To put it lightly... I was into gaming.

Not just your ordinary run-of-the-mill Pong, Mario Brothers, or other gaming consoles.  I was into online MMORPGs (Massive Multi-player Online Role Playing Games).

And I was good at them.

These types of games are still around, but I was really into them before all of the more well-known games of today came out (heard of World of Warcraft?).  You know, the games where you build an online character, kill creatures to gain "experience points", collect valuables, buy/sell/trade, and eventually get into PvP (person vs person) battles to claim your bragging glory to the illustrious world of online gaming nerds?  Yeah, that's me.

I became insanely infatuated with one MMORPG called Asheron's Call and, as my mother would say, it completely took over my life.

But here's the deal.  Eventually I figured out how to use the Internet to make money from playing this online game.  This was my real entry into online marketing and understanding supply, demand, search queries, sales copy, sales negotiation, and ultimately sales conversion rates.

I learned how to use systems to 1) Build up powerful characters on auto-pilot while I was at school by having coded macros run my characters during the day, 2) Create buzz within that specific game's user industry by showing off my characters and challenging the most powerful opponents to public duels, and 3) Selling these characters on eBay and having people around the world bid against each other.

Systems were the key and eventually I realized that local businesses needed the same type of help to generate local leads.

When I first approached small businesses to do local lead generation, I really didn't have any specific niche in mind.  I just knew that I had a skill set that they didn't have and that there would definitely be a demand to help businesses grow using this crazy new thing called the Internet.

Well, it turns out... I was right.  Apparently businesses need and love LEADS.

Without getting into too much detail, I eventually found the right mentors, learned everything I could about lead generation, applied it both for myself and my clients, and created a pretty badass portfolio of success stories.

Throughout this time, I knew that I would have to find a specific niche that truly needed help. This is what led me to begin learning and perfecting lead generation for personal injury attorneys.

Not only did I see a gap in the market place for personal injury leads, but I was absolutely astounded at the prices law firms were paying for more traditional methods of lead generation and the lack of analytics behind them... You know... mailed post cards, billboards, wrapping cars and buses with advertisements, news paper advertisements... the list goes on and on.

Did you know that some personal injury law firms are paying anywhere from $5,000 - $15,000 per month for a single billboard?   And and the contracts for these billboards have ZERO guarantees of number of leads they will receive?

This absolutely boggled my mind.  I knew this was where I could create a personal injury lead generation service that would blow any competition away.

It's all about systems, right?  So that's what I did.  I created a fool-proof system.

Over the span of about 6 months, I began running ads nationwide, state-wide, and city-wide and began "testing the waters" to see what the public was responding to.  I tested pictures, videos, ad copy, landing pages, capture pages, follow-up emails/texts/voicemails, and an array of software to bring it all together in one cohesive service.

In short, I created a badass lead generation service for personal injury attorneys that 100% guarantees results month-in, month-out... doesn't cost an arm and a leg... and doesn't take 6-12 months to start getting leads (ahem.... screw SEO).

Well.  That's it folks.  That's Blog Post #1 for your reading entertainment and pleasure.  Please check back often as I will be diving into the nitty gritty of what I do and quite literally letting you look over my shoulder as I build out my campaigns.

Occasionally I'll also be sharing some personal stuff and some absolutely terrible jokes, but hey, that comes with the territory.

Posted in Uncategorized
Scroll To Top